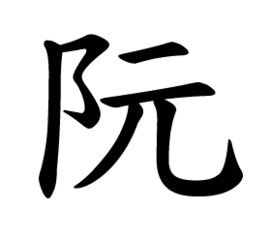 Moira was raised by her father, having never known her mother, and put at young age into the care of a Sōhei (as her father could not care for both himself and her). The last memory she has of him is of him crying, kneeling into the dirt, as she is taken by the hand with what food her family could spare and led away.

This travelling warrior monk could not possibly give her a comfortable normal childhood, but they worked for their food and she trained in both the canon of the High God and swordplay as she grew in age. They traveled far across the land, as sellswords of a kind, working for those who could pay and sometimes those who could not. Her Sōhei taught her respect of the people, and of the land, and a sense of honour in doing what is right. Upon his death, she spent many months (though she would not admit it) grieving the loss of her tutor.

On her own, she struggled for work – falling in and out of mercenary guilds who often took a dislike to her more strict sense of honour and respect for others (a.k.a. light pacifism). At one point, when she reached her lowest and had not eaten for nearly a week, she stumbled into the path of a travelling wagon transporting the Lady and Sir Calcifer of Marnh, as they returned from a weekend retreat. In her they saw someone who could serve them well, even unflinchingly, and recruited her into the family guard (of few members). She would often have to watch over the teenage Lady Astrid, who would often find herself in “trouble” – though, in these years she did not mind being a glorified babysitter, such was her gratefulness to her ward’s family.

Being blessed with a youthful expression, she is often taken as the same age as Lady Astrid, when in reality she is at least five years her senior. Now that Lady Astrid has been out in court for many years, things have become a little more…interesting. Not in the least as she tries to help Astrid keep many of her more private secrets.